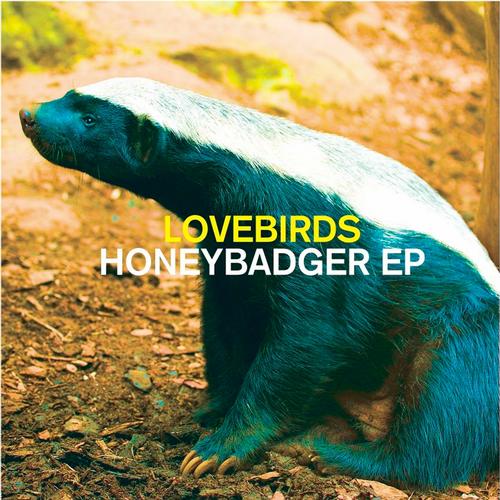 last year has been a little more quiet about dem birds but since they landed in their new studio the output is back where it should be. the demand for lovebirds is higher than ever especially after his current deephouse bomb featuring stee downes beautiful vocals on “want you in my soul” (winding road). the honeybadger ep referrs to the most badass animal on this planet. it simply doesnt give a shit about anything. and this is something lovebirds can relate to very well. should we also talk about music? well, maybe … “chasing things” is a deephouse peaktime funkmonster. its full on lovebirds sound – deephouse u can seriously party to and loose your cool. no 808 bassdrums either!! “running backwards” is a slick midtempo rat with some pretty badass drums and a kenny “fuckin” powers bassline that actually deserves the name, bitch! not to mention the heavenly breakdown with some of the smoothest guitars in this universe! last part of this heavy threesome is called “gives a shit” and is a nice oldskool tune with a heavy “let no man put asunder” bassline on top of some moodyman-ish chord stabs … ah, and i think brother marvin made it also on this one!!