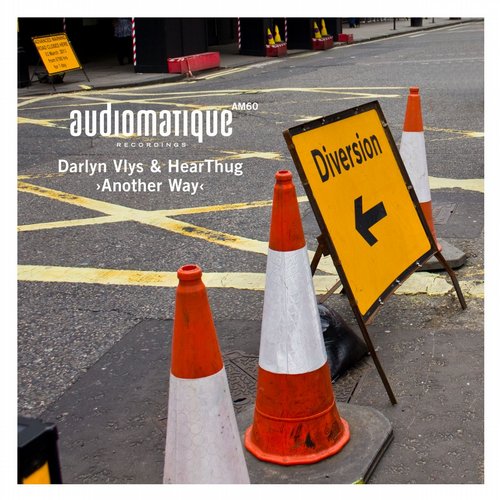 Making its debut for Audiomatique Recordings is a new pairing that is much more than the sum of its parts. The meeting of minds between France’s Darlyn Vlys and Tunisian talent HearThug has produced a haunting trio of tracks; more than deep, more than techno, more than house, and more than sound design, ‘Another Way EP’ is a thrilling ride through dancefloor mood manipulation.

‘Alienated’ is restrained in tempo, but packed with emotional content. Its stark, steady metallic drums provide a grounding for its unpredictable melody, as bass tones and higher notes shift from unified to harmonised and back again, for a free-wheeling trip through the highs and lows of melodic progression.

The downright spooky ‘Yellow King’ takes inspiration from mystical fiction and the supernatural for a distinct sense of noirish beauty. Unusual melodic tangents enhance the sound artistry, for a track as remarkable for its intricacy as for its ability to leave your hair standing on end.