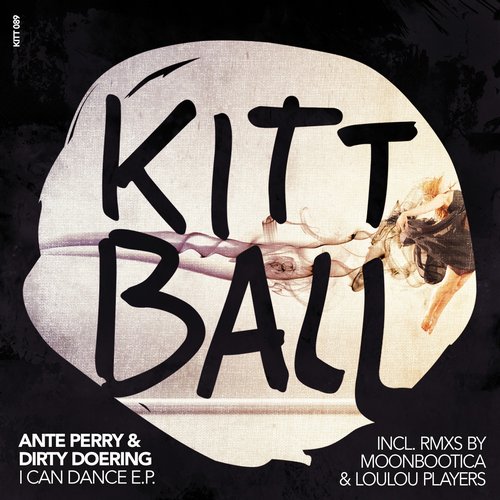 Starring on this new release, two of the most important protagonists of the German Deep-House scene decided to play Kittball with each other. For those of you who dont know the game yet, the rules are simple. Its about teaming up in the studio and create a piece of work which tops all expectations. Specifically its about two national and well-known team actors, who celebrate a première with a direct EP on the label. Hailing from Dortmund, Ante Perry certifies his place at the labels league of extraordinary gentlemen. With his long-term fellowship he was able to have frequent effect on Kittballs sound with contributing his musical qualities.

Now he joined forces anew with Berlin based Dirty Doering, who was also partner on his track XTC1 as component of his Freaks EP released back in 2014. The trippy results A Foley alongside I can dance prove a deep, but groovy atmosphere for all international dancefloors at any time. Strengthening the individuality of the tracks nature, they invited the Belgian Nu-Dance-Project LouLou Players for a move, with I can dance as unquestionable reply with their remix. The cherry on the cake comes along by Hamburgs House-Legends Moonbootica with A Foleys edit, which is warmly welcomed as a debut on the label. Considering overall as a frame, with cheerleaders supporting this release as a game, theres nothing to say as hip hip hooray!