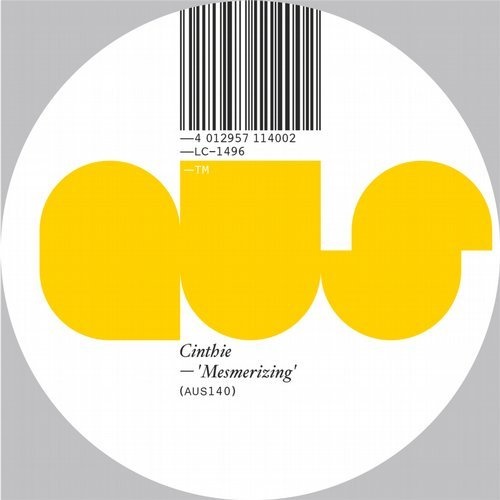 Berlin’s Cinthie has rapidly become one of them most in-demand DJ’s and producers in recent times, a staple in the electronic music scene of the German capital she heads up a number of imprints as well as a record store and touring the globe. Last year saw her debut on Will Saul’s Aus imprint and the start of a new direction musically, here Cinthie continues this, returning to the label with three more disco-tinged, sampled house cuts.

Title-cut ‘Mesmerising’ leads with cinematic strings, squelchy acid bass and loose organic percussion at its core whilst an amalgamation of choppy vocals and licks and stuttering atmospherics ebb and flow within the groove.

‘Time To Move’ follows, retaining a similar aesthetic, focusing on filtered string loops, soaring vocal chants and a bumpy arpeggio bass before ‘Dancing’ rounds out the package on a more refined tip, this time extracting influences from the previous two tracks courtesy of cut up vocals and gritty bass while the rhythmic side employs a more upfront house feel.