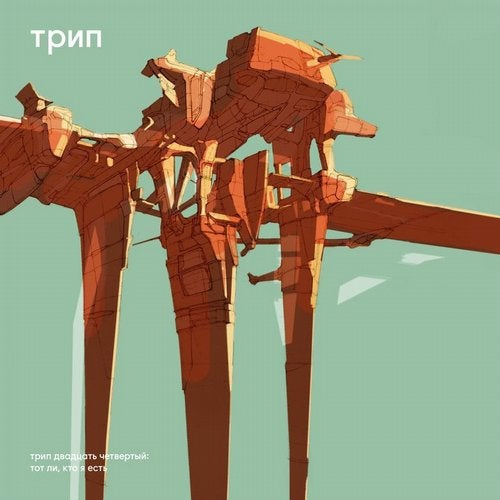 RELEASE: Am I Who I Am
ARTIST(S): PTU

Alina Izolenta and Kamil Ea, the duo more formally known as PTU, present their debut album Am I Who I Am on трип.

The origins of PTU can be traced back to the early 00s, which found the duo spending their formative years experimenting with analog synths and sharing music onto each other’s hard drives. The physicality of this approach went on to have an immeasurable effect on their aesthetic, which bears an unmistakable live feel – rich with improvisation and surprises.

A relatively sparse discography might mislead you from the fact that they have over a decade of experience delving into the strangest depths of analog hardware and jamming on obscure synths. A brief 2016 appearance on the трип concept album When I was 14 was followed by the emergence of ‘A Broken Clock Is Right Twice A Day’ – a stand out track on Nina Kraviz’ fabric 91 mix – which went on to become the title track for their highly acclaimed 2017 debut EP. Now, the duo present their singular, uncategorisable take on electronic music across a full length album.

Assimilating references to techno and IDM, but placing them in far less familiar structures, PTU’s productions breathe life into precise rhythmic patterns with equal doses of energy, experimentation and humour. Their music (just about) files under techno, but their approach to composition rejects genre boundaries of any kind, opting instead for a free-form exploration of the weird and wonderful.

Across twelve tracks, they cut and chop their way through frenetic marching drums and spiralling acid leads, awakening an army of malfunctioning robots as they go. Whilst Am I Who I Am boasts a vast spectrum of bizarre ideas – often introduced at high velocity – each one is executed with a skillful dose of restraint, summoning energy from microscopically detailed arrangements. From the angular maximalism of ‘Castor & Pollux’ to the eerie polyrhythms of ‘After Cities’ and the relentless hammer drills of ‘Sirocco’, PTU find life in the most extraordinary of places.

Following on from a series of stand-out appearances on трип, Am I Who I Am is a thrilling voyage into techno’s strangest sector.