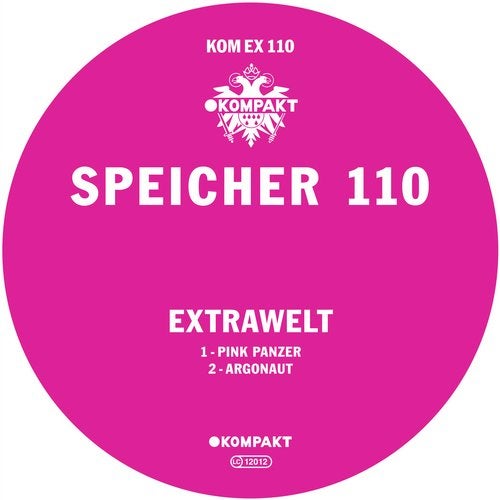 Since their first release as @extrawelt4real ‘Soopertrack’ dropped on Border Community in 2005 Arne Schaffhausen and Wayan Raabe have had a remarkable run. They relentlessly toured the world with their highly esteemed live show and released plenty of killer releases on labelslike Traum or Cocoon. Naturally, our ears were wide open when the Hamburg-based couple sent over a bunch of new productions to the KOMPAKT HQ. Announced as what they call a new, alternative path of production for them, more precisely “less computer, more hands on” we were directly intrigued by the power and rawness of their new sound.

In particular, two cuts stood out: ‘PINK PANTHER’ is pure analog funk. A sluggish beat is paired with a highly effective synth riff. The idea is as simple as it gets but it’s executed in such a masterful way. You can drop this track anywhere and anytime – it’ll certainly set things on fire right away. ‘ARGONAUTS’ follows an equally simple recipe but ups the tempo and energy levels by 100%. Heavy prime time saw toothtechno for the new generation that recall vintage Thomas P. Heckmann – perhaps if he were to wake up in a funky mood.