While the German producer Martin Matiske averages a new release under his given name every few years, there was a long stretch of time in which sightings of his Blackploid alias were much more rare. After dropping an EP for Frustrated Funk in 2006, fans found further material hard to come by over the next decade or so. However, Matiske has reinvigorated Blackploid in recent times, with the project making a few compilation appearances and dropping a couple of EPs across 2020.
That run now culminates inCosmic Traveler, a four-track affair which marks Matiske’s debut appearance on Sheffield’s Central Processing Unit. Given the long wait, it’s great just to see Blackploid back among the fray once again. But for the project’s CPU curtain-raiser to be an EP of such high-quality techno jams? Now that really is spoiling us.
Cosmic Traveler’s title nods towards the sort of stargazing aesthetics one finds in classic Detroit techno. However, while there are undoubtedly ties to the Motor City in this music, the record ultimately steers less towards spacious atmospherics and more towards the taut, lean machine-funk of seminal practitioners like Dopplereffekt.
Matiske sets his stall out from the off. Opener ‘Electric Engine’ begins with a run of stiff-necked 808 kicks before hissing hi-hats, a grizzly bassline and all manner of futuristic sounds enter to warp the tune into hyperspace. Following cut ‘Night Drive’ repeats the trick of ‘Electric Engine’ but adds a pleasingly dinky synth lead in order to nudge itself slightly towards bleep-techno territory.
The two cuts on Cosmic Traveler’s B-side are pure late-night goodness, a pair of mid-set heaters primed for dark basements. ‘Pleasure Activism’ delivers on the promise of its title and then some, pushing the Kraftwerk template to extremes by bringing a load of gnarly synth lines into play over a wobbling acidic chug. Finally, EP closer ‘The Race’ is reminiscent of both the twisted machine-funk of Gerald Donald’s Japanese Telecom project and the playful modern evolutions of artists like fellow CPU high-flyer Jensen Interceptor.
The resurgence of Martin Matiske’s Blackploid project continues withCosmic Traveller, an EP of timeless electro-funk and techno.
FFO: Dopplereffekt, Japanese Telecom, Jensen Interceptor, Cardopusher// 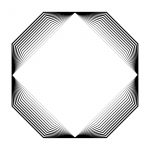 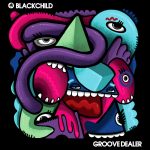