Let us get things rolling from the conveyor belt again!
Triangle Records return with an original cut from label head Orlando Voorn teaming up with Patrick Steger for Cosmic Memories

Sometimes also known as Paty Pat – Patrick has had several productions out on labels such as Bombis Records / Nighttripper / Elorf and Frole to name a few.

So what are you going to get from this duo’s appearance on Triangle.Records?

Orlando Voorn and Patrick Steger have teamed up several times over the years making nothing more than pulsating techno tracks.

This cut is nothing for the faint for hearted and is just driving.
You’ll feel that kick alright

For the remix – Triangle partner Paul Donton jumps on board and takes it to another tougher realm.
Get ready to stamp those feet. Think your foot wear will be taking a battering after jamming to this one.

A good start to 2021?
We think so nothing but slamming beats coming out on this label
Let us shake off those nasty winter cobwebs shall we? 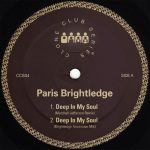 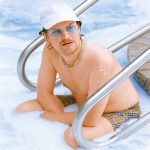