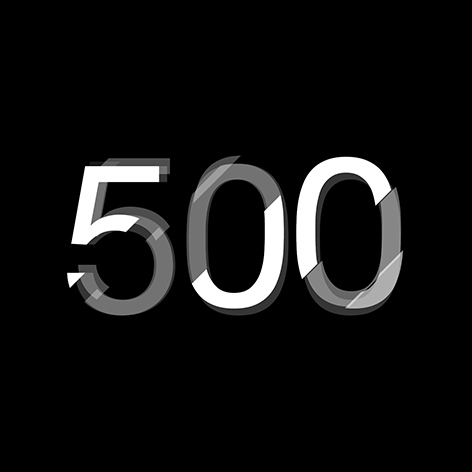 Monday 6th March, 2006 is a significant date here at RA. This was the day we released our first podcast, RA.001 Troy Pierce. “When we started it was an interesting musical time,” says Richard Chinn, who launched the RA podcast and has been central to it ever since. “Progressive house was out. Electro house and new rave were in. Minimal was breaking. Genre cycles were speeding up.” RA was the first online dance music magazine with a podcast, although Chinn’s inspiration for the series, Tim Sweeney’s Beats In Space, had already been going for five years. Aside from a couple early hiccups, RA has gone on to release a mix each Monday ever since. The scene around us has changed immeasurably during this time, but the basic idea behind the podcast has remained the same: we ask some of the world’s best electronic music artists to submit a 60 to 90-minute mix.

When it came to deciding who to ask to record our 500th podcast, we furiously scratched our heads. How to encapsulate almost a decade of podcasting? We discussed various artists and approaches, and eventually landed on an idea that felt about right. As we only ever feature a given act once in the podcast (aside from the odd time when an artist has also appeared as part of a duo) why not invite back some of our favourites? Then, to further spice things up, we managed to lock in an artist we’ve been after for years. Everyone involved has, in their own unique way, been a key figure in the world of RA. 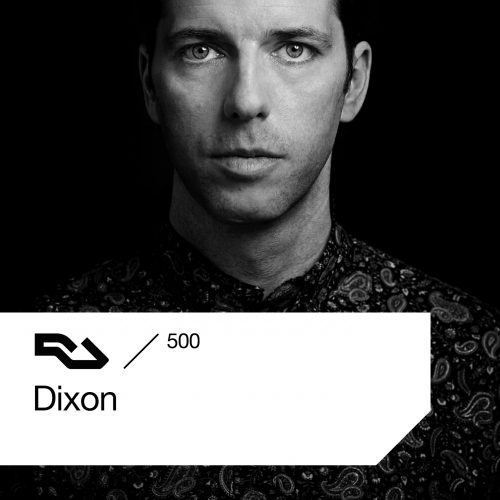 Dixon delivered his first RA podcast on March 12th, 2007. “If you don’t know the name now, you’ll know it soon enough,” we said. Listening back, the mix feels like blueprint for the singular style he and Âme went on to develop through their label, Innervisions. RA.048 featured songs not tracks, and it had the sense of drama and melody that became Innervisions’ trademark. These days, Dixon is RA’s #1 DJ, and has been for the last three years.

“I recorded the mix on the first weekend of December, while I was on a tour in South America. For me, clubs and the internet are two different worlds. What I do is called ‘club music’ for a reason. That’s why I decided against a club mix for RA. Rather, I wanted to use this opportunity to present artists or music that deserve more focus than they might have. Not the big tracks from my sets but the more interesting and influential ones. At least, they influence me and have an impact on the sounds Innervisions has signed for 2016.” 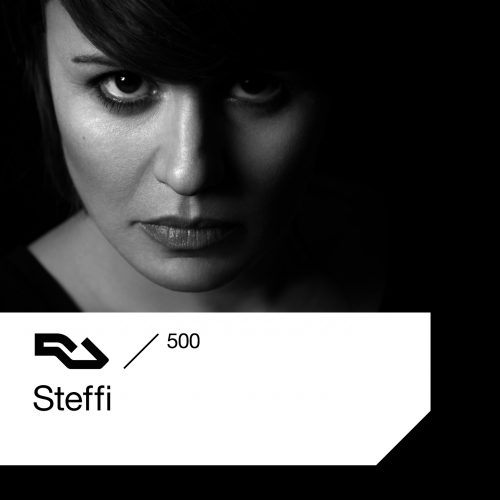 Steffi’s original RA podcast went out on September 15th, 2008, and it felt like a riposte to the minimal sound that had been dominant around that time. “I am very moved by the fresh wind of more authentic sounding records,” she told us. “It inspires me a lot because of an overkill of digital laptop music from the past few years.” Steffi also talked about the freedom she enjoyed as a resident at Berlin’s Panorama Bar (word of this crazy club was slowing reaching people outside of Germany). She’s been a mainstay there ever since, building a profile as an internationally renowned DJ and producer.

“I recorded the mix last week at home, using decks and the Rane 2015.

This is a small selection of where my head is currently at. There is not so much to say about the mix—it’s for those who feel, more than anything.

On the menu for 2016: I did a lot of co-production work for Virginia’s forthcoming album on Ostgut alongside Martyn and Dexter. We will also tour as a band to perform those songs live on stage, which is really, really exciting. To keep it in the family, a new EP with Martyn as Doms & Deykers is coming in spring, and a full-length album later on this year. Also me and Dexter just re-launched our Klakson imprint with some of the old artists, and I found some exciting new artists on Dolly I can’t wait to feature.” 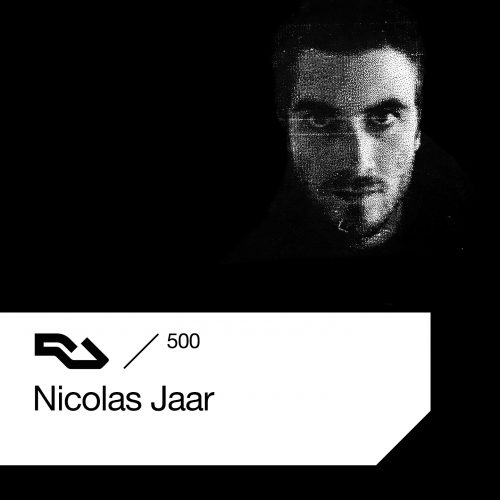 On June 14th, 2010, Nicolas Jaar, who was building a reputation as the most exciting new artist on the scene, was behind one of our most adventurous mixes to date. Although not a DJ at the time, Jaar had an uncanny knack for sequencing, moving gracefully through artists diverse as Mobb Deep, Aphex Twin and Marvin Gaye. Jaar released his debut album, Space Is Only Noise, the following year, and went on to take the top spot in our live acts poll three years in a row. On stage and on record, he remains one of the most creatively unhinged artists in electronic music.

“Mix was recorded in December 2015, in Brooklyn, New York. Picture is from those new machines at passport control at JFK.

Ask a friend to translate the Khalife track for you. Thanks for including me in this.
Happy New Year. Peace.” 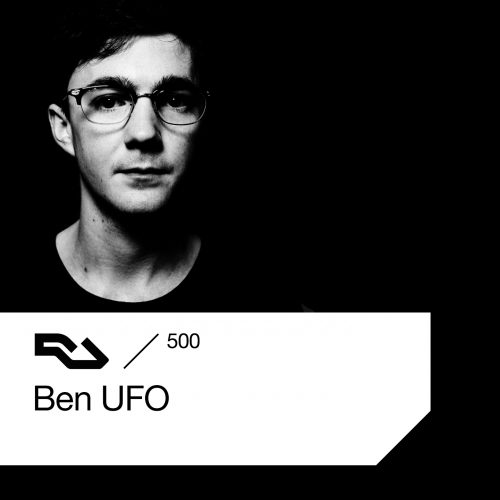 RA.500 Ben UFO
A leader of the scene looks to the future.

It’s not often that we’ll give a DJ a brief when they record a podcast for us, but in late 2010 we asked Ben UFO to summarise the year that was. He came back to us 48 hours later with a mix that showcased the stream of incredible music that was flowing from the UK bass scene, linking it with the best in contemporary house and techno. This preternatural ability to “connect the dots,” as we described it back then, is still very much Ben Thomson’s calling card. He’s a DJ who’s now universally recognised as one of the best we’ve ever had.

“In contrast to the first mix I recorded for Resident Advisor, in 2010, in which I was asked to attempt a summary of that year, this time around I was given a fairly open brief. The only guidance I was given was that 500 podcasts represented a milestone for the site worth celebrating, and that it might evoke a nostalgic response. As it turned out, in 2010 it felt a lot more challenging playing a set consisting entirely of contemporary records than it does for me now, at a time where my focus as a club DJ is mostly on new music. As a result, when I was thinking about how best to approach this mix it felt right to try and look forward, and focus on mostly new and unreleased music.

A lot of my favourite moments on dance floors this year came via tracks which I felt could be used to open things up and change course—those tracks which can feel like coming up for air after periods of intensity, which can disrupt any sense of linearity and make you feel as a dancer as though anything could come next. These are often the records that keep me feeling excited about the future, and as a result I guess there’s a focus on music that I enjoyed playing with this idea in mind. I recorded the mix at David Kennedy’s house on my usual setup: two turntables, an Allen & Heath mixer, Serato SL4 and some records.” 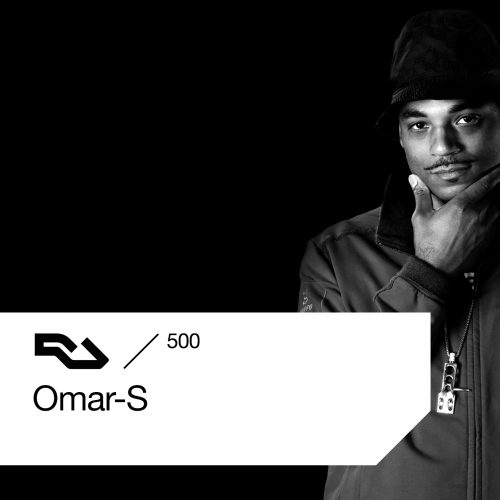 RA.500 Omar-S
Tune in for three hours of FXHE radio.

Very few house and techno artists have achieved the quality and consistency of Alex O. Smith, AKA Omar-S. He’s been releasing a steady flow of 12-inches out of Detroit for over a decade, and the results are rarely anything less than excellent. Smith takes his artistic independence very seriously. Nearly all of his music comes out through his own FXHE label, and he’s known as a straight-talking guy who does things on exactly his own terms. He’s been on our podcast hit list for as long as any of us can remember.

Being the enigmatic character that he is, Smith didn’t fancy the interview portion of the RA podcast, but he did tell us this just before he mixed it:

– The podcast was recorded at his home in Detroit.
– He went on road trips in his Nissan GTR, ranging from Vermont to California, just to buy records for RA.500.
– There are a few of his own tracks in the mix.
– It’s the first “FXHE radio show.”
– He has a new record, Sidetrakx Volume #4, that’s just come out, and he’s working on a new ten-track album for early next year, featuring Tom Bugs, Amp Fidler, John F.M., Diviniti and many more.
– He’s started a quarterly residency at Grasshopper in Detroit. The next party is February 6th.