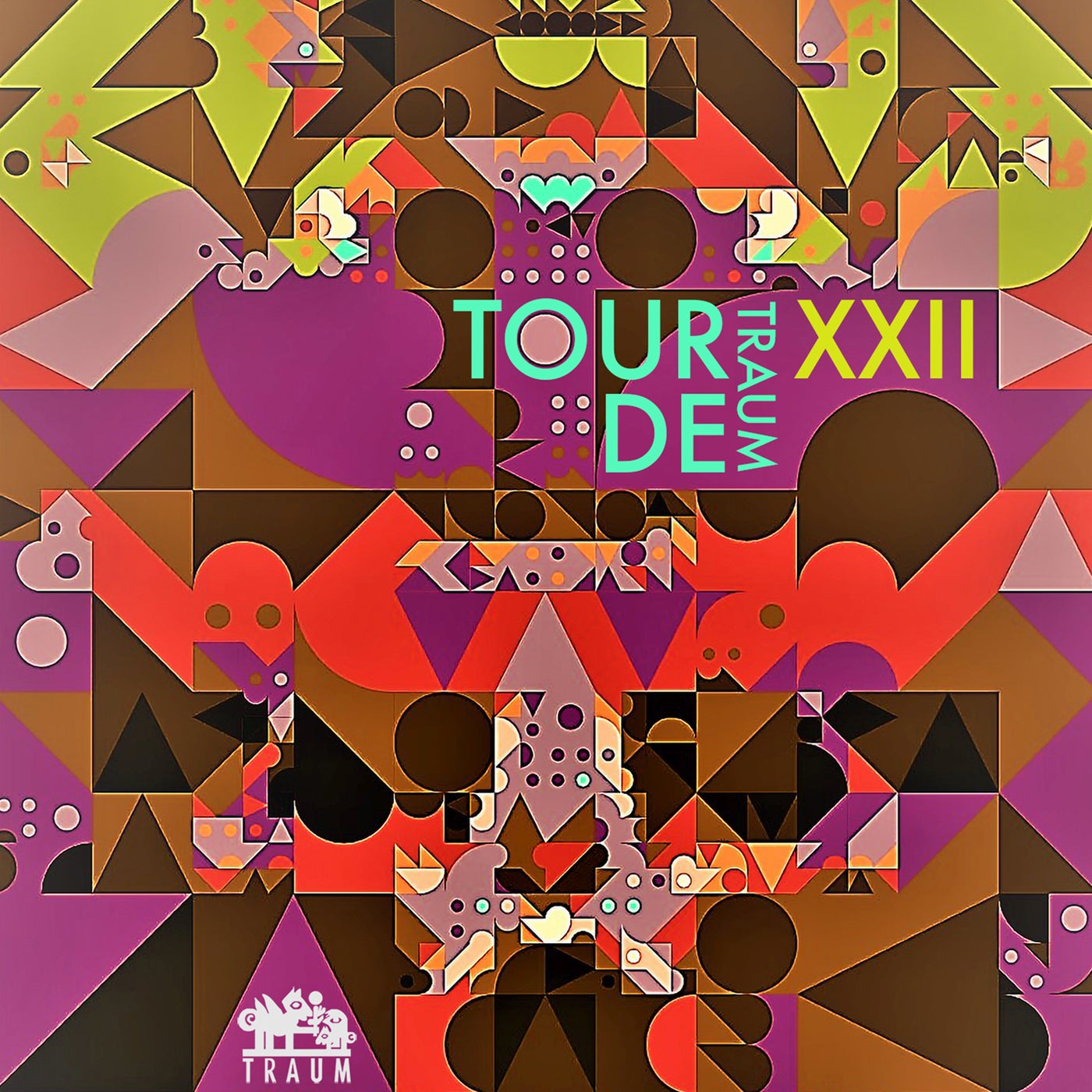 Traum looks forward to the next chapter in its illustrious history, by continuing to serve up the freshest producers alongside cherished household names.

Tour De Traum XXII is about honoring the origins but is even more about embracing the now.

Over a period of 6 months Riley Reinhold has handpicked artists from all over the world among them a 14 year old musician with the name of Ynthenn.

Expect nothing less than the high quality the Tour De Traum series is known for.

Luden – Sweet DreamLudens track “Sweet Dream” strokes you gently with its loungy vocal house that melts like sugar in a hurricane.
The Japanese artist has been able to build up a following for his unique lightness in sound on Spotify. But remains still a voice of the underground writing music for the people who know.Here we feature a brand new unreleased track of his that is peaceful and poetic and imaginative. His vocals add a romantic side.

Davidovitch – Visionesque
Davidovitch returns to Tour De Traum again with his track “Visionesque”which shows a nice blend of lush and organic sounds on a funkyprogrammed beat. All seems to be played by hand creating that hypnotic state that makes this track so special.

Anerøb – Innerversion
Anerøb has been part of the German techno scene since the early days when he started producing music at the age of 17. “Innerversion” is his first attempt to release on a label and we are happy he picked us. His track shows how he has inhaled the essence of electronic dance music and converted it in his own way. “Innerversion” is a dramatic tale that builds up a strong connection with the dancer. The balance of information and the spiritual side work hand in hand to create a fantastic experience. File under melodic techno!

ANDATA – Unsterblich
The Hamburg based duo have written quite an anthem with their track “Unsterblich”. The track has a high rave quality that can feed any hungry collective spirit out there. Expect to hear that track on dance-floors!

End Of Twins – Perfect Sky
End Of Twins have just released “Lovers” with Dynamic and release “Perfect Sky” her with us. The duo has written a fantastic vocal track expressing a modern indie feel where happiness and sadness constantly changes position. We expect them to climb the ladder in the music world.

James Harcourt – Pruina
James Harcourt has already released two EPs with us. “Pruina” is an unreleased track that puts things in a gentle way as the progression slowly develops step by step to build up a tickling tension. Hypnotizing and deep!

Garden State – Evenor
The duo from Hamburg is on its way climbing up the popularity ladder. We are happy to contribute to feature them at an early stage on Traum with their track “Evenor”.The melodic techno & house genre is their home. The composition of sound and the flow at which stages which sound is introduced is breathtaking. Garden State hit the right buttons of contemporary melodic dance music which is emotional and shows great progression. “Evenor” is a remarkable voyage and last but not least an absorbing trip .Be sure to hear more from them in the future.

Rob Clouth – Cloud Complex (Max Cooper Remix)
We feature here the track “Cloud Complex” by Welsh artist Rob Clouth in a Max Copper remix which we released back in 2012 .Rob Clouth is the mastermind behind Vaetxh, Dr:kid and has recently released on Max Coopers own imprint.

7IAN7 – Breach 2077
“Breach 2077” has an explosive intro that keeps assembling energy from different introspective sources and when the percussion enters you will know the dance-floor will be entered.This is powerful melodic techno with a lot of sophistication and passion. How all these elements have been woven together is just pure magicians work.A huge track for the mind and the feet! A track you want to play to people!

Guy Gordon – Exodus
With “Exodus” upcoming artist Guy Gordon has written a track that is capable of creating a unique deep techno vibe with a simplistic set up. The production is very nice and on top the imagination in “Exodus” will attract a lot of dancers. Introspective energy makes this a great tune in the field of melodic techno.

Deep In Calm – Dream Hacker
Deep In Calm returns to Traum after being played 700 000 times with a previous Tour De Traum track and puts forward his newest invention called “Dream Hacker” a deep imaginative downbeat house track with a lot of moody chill-out quality that gently lingers on in your mind.

Bar.ba – Lullaby
Bar.ba has recently released on Traum and this new unreleased track “Lullaby” connects nicely to that style of his. As the title conveys it is very comforting and lovely. But don’t think this track does not have some dance appeal. It does work very well on an intimatedance floor.

Chris-t & Matu – Saturn
The duo has written a spiritual melodic techno tune quite organic and hypnotic. The organ chords provide the track with a strong deep feeling which fits very well to the name of the title “Saturn”.

Jaksa Pavicevic – Kukutebee
Jaksa Pavicevic introduces with “Kukutebee” a well crafted melodic & hypnotic piece of music that is extremely insightful and observant. The passionate way he tells tells the story is incredible.

Sonimun – Friendly Alterations
The Cologne producer Sonimun also know through his other project name Numinos returns to Tour De Traum with “Friendly Alterations”. Defying the existing genres this fabulous piece of music can be anything from nu disco to electronica. The voyage and the endless twists are fantastic and nothing you can retell in words. Oh… we just heard a 303 sneaking in as well. Please listen.

Parra for Cuva – Veiled In Blue
We feature here a classic on Traum by Parra for Cuva from his EP which we released in 2014. The same titled track “Veiled In Blue” is an introspective and self-examining, a piece of composed music which could describe a sensual situation that takes place in a well protected and sheltered world. Maybe a tiny room in the attic or a groomed world where every single element is chosen carefully. Parra for Cuva has written here a charming tale, picturesque and captivating.

mniAlexander – Break Of Day
mniAlexander has written with “Break Of Day” a melodic techno track with a long epic build up. An intro that paves the path for the beats to come to create quite a journey.

Uccelli – Front Door
Uccelli contributes his new track “Front Door”. A melodic track with a lot of understatement channeling the tension gently through the composition resulting in a hypnotic state.

We Need Cracks – Signals
We feature here on of the great tracks of our past by the French duo We Need Cracks who have split up some years ago. “Signals” is one of their biggest hits with over 79 000

Be High – Acid Trip
Be Highs track “Acid Trip” creates a good vibe and is something you can appreciate because of the immortal essential feelings it evokes. So when the 303 starts cooing at halftime it creates a comfort zone you wont want to miss.

Ynthenn – Wednesday
Ynthenn is a 14 year old (!) musician who has written the track “Wednesday”.
This soulful piece of electronica has a fantastic compositional progression breathing through a chain compressed sound and opening up for other fine sounds and moods to come. This track virtually winds its way through different stages to skillfully connect to its loose ends.

Call Of Beauty – Signal
“Signal” is a perfect wake up call, very energetic and revitalizing. Minimalist melodic techno, simplistic and to the point.

Maor Azulay – We Need Some
Maor Azulay returns to Tour De Traum with a nice melancholic downbeat track called “We Need Some”. The track manifests a longing feeling as well as angriness.

Marcovits – Pendulum
Marcovits returns with “Pendulum” to Tour De Traum. His newest track is a melodramatic and cinematic track and connects to the cool tracks he has released for us in the past.

Ascet – Core
The mood of the track by Ascet fits very well to the chosen track title “Core”. This is mystical techno music with melodies that play hide and seek with you behind icebergs and glaciers. Sometimes sinister sometimes showing a glimpse of hope… this is cinematic techno on ahigh level.

Olaf Stuut – Spirograph (Aparde Remix)
We include here a classic on Traum by Olaf Stuut we released in 2015. Olaf Stuut is a versatile person playing multiple instruments and who draws inspiration from a wide spectrum of genres like jazz, funk and rock music.
Berlins Aparde remixed “Spirograph” and has removed all funky irritation to replace it with a soothing almost ambient feel that moves beat wise on a cats paw, cautiously but with continuity towards a place that we have never seen and which he will open up for a split second. The longer the track runs the more addictive it gets! This is slo-mo sexiness at its best.

Ümit Han – Aber Meine Liebe Nicht
Ümit Han contributes with “Aber Meine Liebe Nicht” another ambient-electronic tune showing classy German roots ranging from Kraftwerk to Krautrock.The track is based on poem by Friedrich Schillers “Hektors Abschied” and is created solemnly with anylog machines. It carries a farewell mood in an extensive version which drops into a dramatic final chapter.

Gregor Klamra – Pockets
Gregor Klamra puts forward his new track “Pockets” a track that switches from a minimalist “ghostly” feeling to a more uplifting melodic techno style showing a lot of skill and diversity in the way he changes the moods.

Ron Flatter – Shelby
Following “Mantequilla” Ron Flatter wrote a superb euphoric and joyous anthem of a song again with “Shelby” in 2016. “Shelby” can carry you on hands but can also provide shelter.Ron shows a hell of a lot of knowledge for club music that can unite people. The collective spirit and positiveness are the key and the heart of this track and we can see “Shelby” working wonders on open airs and clubs around the world.

Himy Vana – Thunder Rush
French producer Himy Vana combines a powerhouse production with musicality he expresses though soulful played piano and synths. Himy Vana manages to shape an intensity which is hard to escape keeping the energy level up till the very end.

Alvaro Pastore – Booming Colours
Alvaro Pastores “Booming Colours” is a fantastic track that carries a note of the darker side of the UKs 80ies new wave… but don’ ‘t misunderstand us, it is still melodic techno but with all the liveliness and composition skills that indie music is known for.

Bukaddor & Fishbeck – Mantikor
We include here “Mantikor” a classic by Bukaddor & Fishbeck released with us in 2008 which we think is designed to withstand the test of time. The track expresses a feeling as if one was dancing on a volcano.

Sabas – Comparison
The Georgian artist releases under the name of Sabas hisComparison” with us. Fantastic mood changes and dynamic progression make it irresistible. 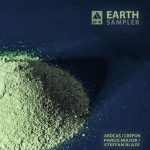